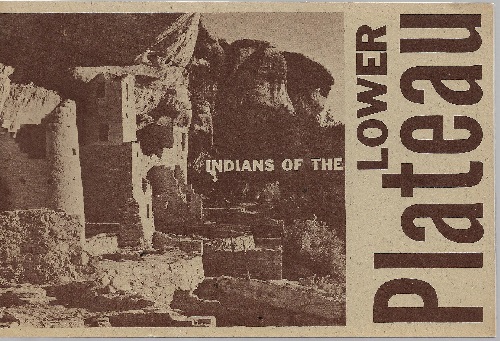 Three booklets published by the United States Department of the Interior and the Bureau of Indian Affairs published in 1968 to give insight into the Native Americans. Included are the INDIANS OF THE LOWER PLATEAU, 24 pgs. Pict. Wraps, photos, fascinating information on the Indians of the Lower Plateau States of Nevada, Utah and Colorado. INDIANS OF THE CENTRAL PLAINS, Pict. Wraps, 20 pgs., photos, with emphasis on the Indians of Kansas, Nebraska and Iowa. The third is INDIANS OF NEW MEXICO. 20 pgs. Pict. Wraps, photos, map, and emphasis on the New Mexican Pueblo Indians. Vg cond.