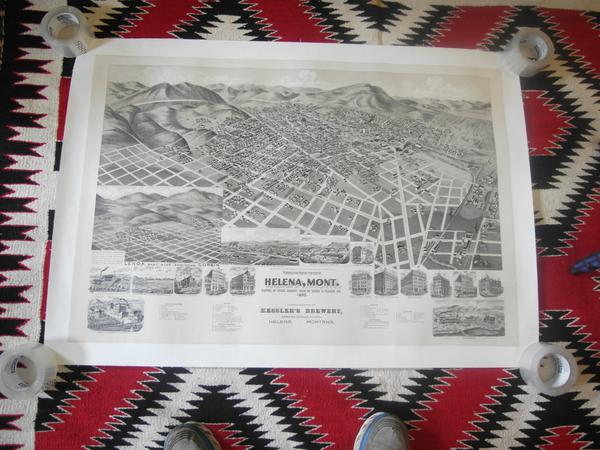 "A Brewery in Helena appears as the sponsor of the large view of that city in 1890. Perhaps some copies of these views were published and sold in the normal way through subscriptions and sales in local shops, while other copies were overprinted with such advertising copy and made available to the sponsor at previously agreed upon price." p.29, 'Cities on Stone' (John W. Reps). Rebs 2090.